Drought On The Rise In The Bubble

ACCORDING to reports, the number of cases of Drought has increased significantly in recent weeks. Economists are unable to pinpoint an exact root cause, with no shortage of water available in the home systems, and free trade in place amongst most Systems for H20 as a commodity and mined resource.

One possible explanation is that a recent mining rush amongst pilots, may be contributing.

Water is  traditionally used in many industrial processes, and refinery and high tech systems reporting a lack of Water within the holds of trade ships as they land at stations.

One Commander interviewed stated that he had been ‘paid by the Empire to mine for Painite instead‘. This behaviour may be causing a knock-on effect, with Corporations buying up stocks of water locally, in order to continue production uninterrupted, and prevent a dip in profits.

Nevertheless, it is as usual the citizens of many systems who will suffer, as drought hits hard across all areas of the bubble. Looking at the trend graphic, taken from the databanks of The Retro Faction of Voltrigones, the current trend is indeed of grave concern. 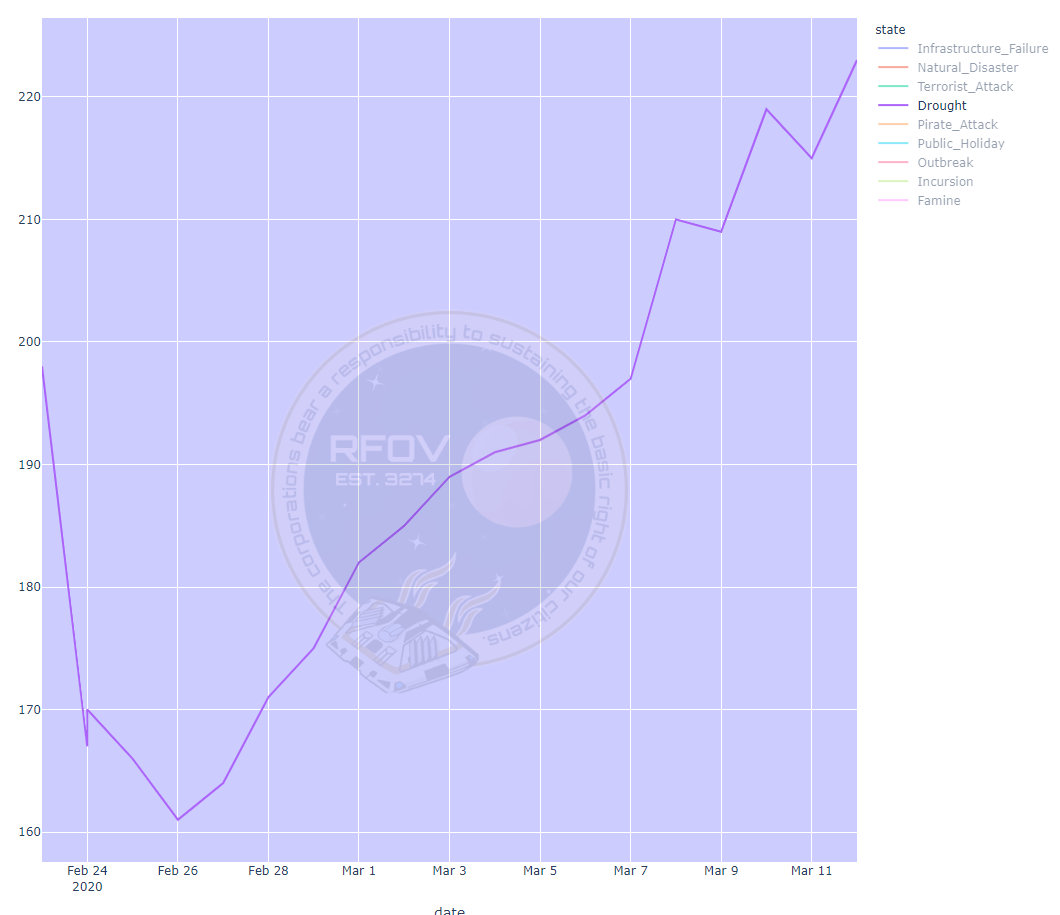